Develop scientific critical thinking skills through analysis and comparison of evidence and theories. Help your student understand the truth to be able to defend it biblically and scientifically. [Read more…] 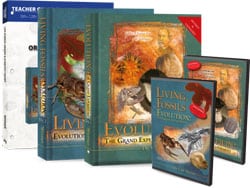 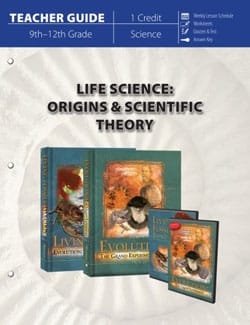 The Life Science: Origins & Scientific Theory Course Package includes one of each of the following items.

A one-year biology course for 1 credit

With the Teacher Guide for Life Science: Origins & Scientific Theory, you will use books and DVDs for Evolution The Grand Experiment and Living Fossils to teach a one-year biology course for 1 credit.

Evolution: The Grand Experiment critically examines the viability of Darwin’s theory of evolution.

Evolution: The Grand Experiment DVD Episode One: The Quest for an Answer coincides with the book.

The Living Fossils DVD Episode Two coincides with the book.

EmailSMSRedditTelegramPinterest
Scroll to Top
We use cookies to ensure that we give you the best experience on our website. If you continue to use this site we will assume that you are happy with it.OkNoRead more